Jump to content
CAG Ticker
Are you going to pay your builder or your second-hand car dealer in cash or with a bank transfer? ×
urgent help for Norma W - Parking issue ×
Are you happy that your personal medical details are sold to industry? × 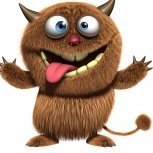 By mrbrooks,
October 28, 2020 in Postal and Delivery Services

because no one has posted on it for the last 219 days.