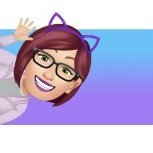 By Jennyripper1974,
September 10 in Online Stores