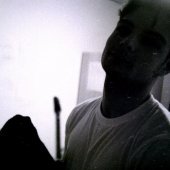 By Rotarion,
May 9, 2020 in Private Land Parking Enforcement

because no one has posted on it for the last 352 days.