Motorcycle Damaged whilst in Transit for Repair 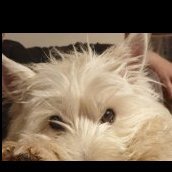 By Geocyper,
September 5, 2019 in Motor Insurance

Please note that this topic has not had any new posts for the last 441 days.