Fine just done a few tweaks on the above......please check it over again.   I have added :-   (b) show and evidence the nature of breach and service of a default notice/termination

some notes i've made tonight:   point 19.. go thru the claimants WS and note down the ws point number everytime and relation to which exhibited document they state that the document is

I would go with the following....please feel free to amend or add.   WITNESS STATEMENT OF Baycloves.pdf 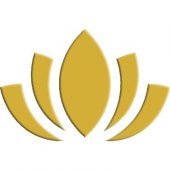