I really need some help with debts & Stepchange 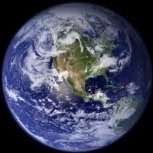 By finaldj,
November 11, 2017 in Debt management and Debt self-help

because no one has posted on it for the last 330 days.