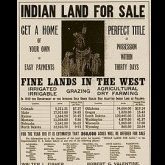 police in our village

By iconoclash, September 5, 2010 in The Bear Garden – for off-topic chat

style="text-align:center;"> Please note that this topic has not had any new posts for the last 3615 days.