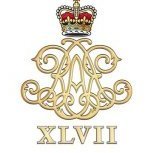 By Bazooka Boo,
June 9, 2009 in Halifax Bank and Bank of Scotland

because no one has posted on it for the last 4563 days.